Popular among domestic and international investors: Real estate in Cologne 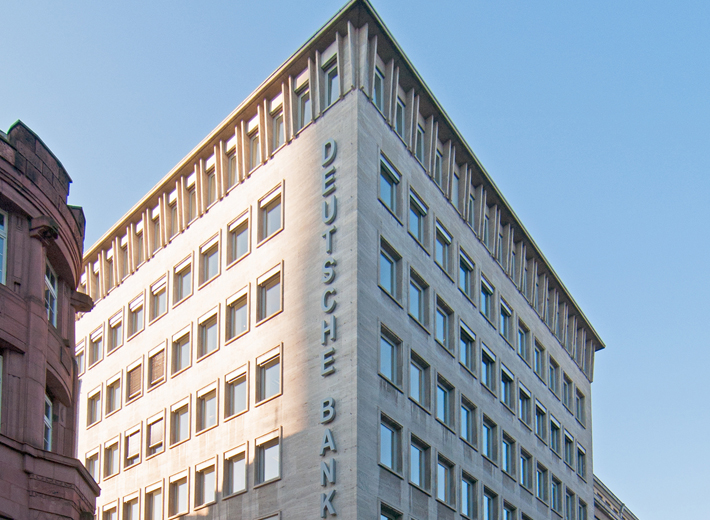 In 2017, a new record was set in Cologne’s investment market in the segment of commercial real estate: With a transaction volume of around 2.3 billion euros, the previous record set in 2015 was exceeded significantly by around 20 percent. According to the latest analysis by the real estate experts from Greif & Contzen, a total of 4.7 billion euros was generated in Cologne’s real estate market, across all types of properties.

Greif & Contzen is going to take part in the trade fair MIPIM that is starting on 13 March, in order to present Cologne’s property market. On this occasion, the company’s analysts have issued their comprehensive survey of the cathedral city’s investment market. The report shows that the transaction volume in Cologne’s real estate market remains high, with a total of around 4.7 billion euros. Investors are attracted by commercial properties in particular: 2.3 billion euros out of the total turnover were realised in this segment. The previous record set in 2015 was thus exceeded by 20 percent.
There were six transactions in the triple-digit million euro range that greatly contributed to these record results. Among these were the sale of parts of Gerling Quartier (around 200 million euros), the former production site by Deutz AG (around 150 million euros), DuMont Carré (around 150 million euros) as well as a property portfolio in TechnologiePark in Cologne-Braunsfeld (more than 100 million euros).

Investors are increasingly interested in districts beyond the city centre
When talking about Cologne, institutional investors used to have only the city centre in mind, but now this has changed: “Buildings in districts outside the city centre contribute a large share of the transaction volume, nowadays. This is especially obvious when it comes to transactions regarding office properties, but it also showed, for example, when the property Zollstock-Arkaden was sold,” explains Thorsten Neugebauer, Head of Investment. The way in which the target groups assess the properties has also changed. For many years, the majority of investors was interested chiefly in “finished products” - completed properties they could add to their portfolios with little effort. Meanwhile, there is a large number of specialised investors, who also accept properties that require further structural development or that are not fully let. “Appreciation potential is being sought out, recognised and rewarded,” says Thorsten Neugebauer. “In this context Cologne benefits from being a growing metropolis, where a wide range of industries is represented and that is considered to be future-proof and a worthwhile location for investments.”

Office properties
Considering the different market segments, it is noticeable that compared to previous years, office buildings accounted for a relatively low share of the total transaction volume in the past year, with around 45 percent. The reason for this is simple: a shortage of properties. If more acceptable office buildings had been available to the market, they would most certainly have found buyers. Owing to high purchasing prices in this segment, the prime yield degreased slightly over the course of the year to 3.7 percent. Rental levels are on the rise, however, both on average and in the premium segment.

Retail properties
Retail properties accounted for about one fifth of the transaction volume of commercial real estate in 2017. This share is relatively high compared to previous years, thanks to the fact that a higher number of retail properties was available on the market. The biggest deals included the shopping centres DuMont Carré and Zollstock-Arkaden as well as the two IKEA stores in the districts of Godorf and Ossendorf. The prime yield decreased slightly, also in this market segment, to currently 3.2 percent.

Industrial and logistics properties
Industrial and logistics properties tend to be located beyond Cologne’s city limits. The amount of real estate available to Cologne's investment market is therefore limited, with a total transaction volume of around 150 million euros generated in 2017. A number of larger properties were bought by funds and by foreign investors. Furthermore, a several small to medium-sized warehouse properties were bought by other types of investors and by local owner-occupiers. An increase of prices is reflected by a decrease of the prime yield (to 4.7 percent) in this segment, too.

Hotels
As a thriving economic, congress and trade fair location and considering increasing numbers of tourists, Cologne is popular among hotel investors and operators alike. Around 6.24 million overnight stays were registered in 2017. Three large hotel facilities changed hands in the past year: The 25hours hotel The Circle, which is located in Gerling Quartier and still under construction, the Park Inn by Radisson hotel on Innere Kanalstrasse and the Holiday-Inn-Express hotel in Cologne-Mülheim.

Apartment buildings
The monetary turnover generated with apartment buildings increased by around nine percent to some 840 million euros, despite the fact that the number of transactions decreased by about 10 percent compared to 2016. Purchasing prices in good and very good residential areas ranged mostly between 20 and 28-fold the annual rent. Greif & Contzen’s researchers expect rents to increase further, owing to the ongoing shortage of housing.

Condominiums
Rising prices could not compensate for the considerable decrease of condominiums available in the market. As a result, the transaction volume dropped by eleven percent to 1.35 billion euros in 2017.

Prospects: Cologne’s real estate investment market remains on a high level
Cologne remains a focus of interest for financially strong investors. “The requests that we receive continue to be on a high level and the properties that will become available in 2018 are going to be readily accepted. Even beyond the most favoured locations and also accepting further moderate price increases,” says Thorsten Neugebauer. The expert goes on to explain that it is noticeable that a growing number of market participants expects that the price increases are going to come to an end. Over the past few years, real estate was at the focus of interest not least because of the continuously low interest rates and the lack of long-term financial investment alternatives. If prices in the real estate industry are increasing too much, however, institutional investors are going to expand in the area of the other remaining alternatives once again.
On the whole, the prospects for Cologne’s property investment market continue to be bright: The gross domestic product is growing; the boom is fuelled by corporate investment, construction activities and private household consumption and the employment market keeps growing to a moderate degree. Property investors can once more expect that this environment is going to provide for dynamic letting markets and successful marketing activities for property developments this year.
One major problem remains: There is a lack of properties in Cologne’s real estate market and thus a shortage of available products. “However, there is a growing trend to realise trading profits and to restructure portfolios. New properties may become available to the investment market as a result,” says Neugebauer in view of the months ahead. In addition to this there is potential provided by development plots. The real estate experts from Greif & Contzen consider it quite possible that a transaction volume of around 2 billion euros may be generated with commercial properties by the end of the year.

Urban development potential
The analysts from Greif & Contzen highlight one property transaction that took place in 2017 in particular: The sale of an ensemble in direct vicinity of the cathedral. Planning has now been taken up for comprehensive structural modernisation measures under the project name “Laurenz Carré”. Around 250 million euros are going to be invested into the site that includes the former premises of Senats Hotel and the broadcaster WDR. Hotels, office and retail space and residential units are scheduled to be realised starting in 2019.
“The area to the south of the cathedral is an absolute premium location and the various projects that have been launched in this area have great significance for future urban development,” explains Thorsten Neugebauer. “It becomes apparent in this area that there is potential for further development in Cologne, even in the city centre, if revitalisation processes are valiantly addressed and launched.” 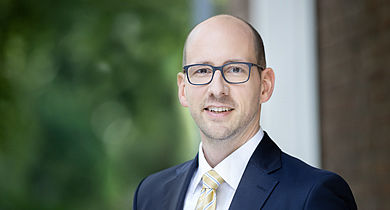