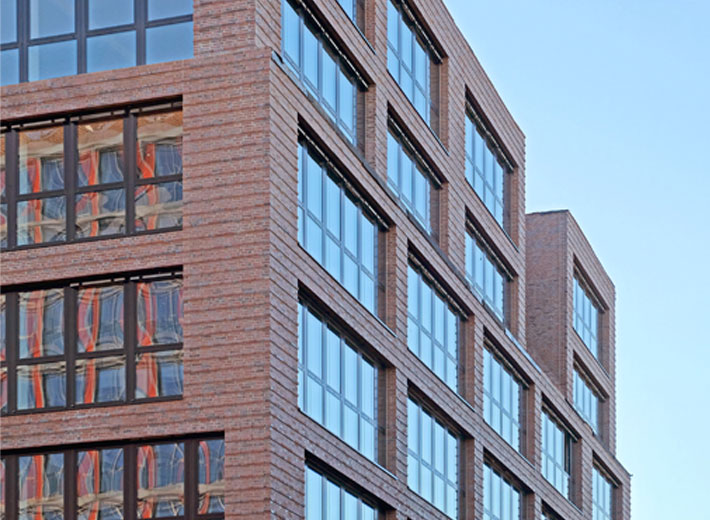 The real estate experts of Greif & Contzen draw a positive picture in their latest report of the office space market: So far, Cologne has mastered the pandemic-related crisis with greater ease than some other major cities, and recovery is going to set in gradually, along with rising demand. Interesting land potential to the east of the river Rhine will help the market to approach a level similar to the pre-crisis situation.

A significant decrease of take-up was recorded in Cologne’s office letting market at the end of 2020. A total of just over 230,000 square metres of office space was taken up, which corresponds to a decline of around 21 percent compared to 2019, according to the analysis published in the latest market report by the real estate experts Greif & Contzen from Cologne.

The losses experienced due to the coronavirus-related crisis are still less dramatic in Cologne than in some of Germany’s other major business hubs. Take-up of space decreased by more than 40 percent in Düsseldorf, while a drop of more than 50 percent was recorded in Stuttgart. The global crisis has had a moderate effect on Cologne’s office space market, also with regard to other key figures. “Vacancies increased only slightly and are still at a low level with a vacancy rate of around 2.9 percent. Rents did not decrease, but they remained at the same level as the year before,” explains Andreas Reul, Head of Office Properties at Greif & Contzen Immobilienmakler GmbH. Lower rents and other incentives were only agreed upon in a few cases. “The prime rent stood at EUR 26.00 per square metre, the unweighted average rent at EUR 14.00, and the maximum rent realised last year was EUR 28.50,” Andreas Reul points out.

“It goes without saying that the effects of the pandemic are very obvious also in Cologne’s office space market,” property expert Reul continues to explain: “These consequences will continue to be noticeable over the next few months, but just like most market participants, we are optimistic about the future and we expect that the economy will recover considerably over the course of the year, and that this will have a positive impact on Cologne’s office letting market.”

In their latest office market report, Greif & Contzen’s researchers take a closer look at this space potential to the east of the river Rhine, most of which is accounted for by the districts Deutz and Mülheim. The real estate experts at Greif & Contzen have been keeping a close eye on these development sites for a long time. Four years ago, they wrote in one of their reports: “Deutz and the neighbouring districts on the right bank of the Rhine have become considerably more significant, and this trend is going to continue over the next few years. The development areas in Deutz and Mülheim provide for significant land potential.”

Most projects were still at the planning stage at the time, but they have meanwhile taken on a concrete form. The Deutzer Feld site is almost fully developed now, while other projects are currently being realised: Considerable parts of the large-scale project MesseCity between the trade fair grounds KoelnMesse and the train station in Deutz have been completed, and Zurich Versicherung moved into the western part of the complex in 2019. The hotel ensemble “Southern Cross” is nearing completion. KPMG recently confirmed their lease as the main user of the office building “Centraal”, allowing for construction to begin. Planning provides for a total of around 51,000 square metres to be added in the eastern part of the site. Another endeavour on the right bank of the Rhine: The site of Mülheim’s former freight depot which is located between Schanzenstrasse and the tram tracks on Markgrafenstrasse. Under the project name I/D Cologne, a number of office buildings are currently being built and others are being re-developed, to supplement the established area that is popular among the creative industries.

New residential and office space to the east of the Rhine is also being created in mixed-use projects. For example on the former factory premises of Klöckner-Humboldt-Deutz (KHD) and Deutz AG in the Mülheim Süd neighbourhood to the north of KoelnMesse. The first new office units on the “Cologneo I” site are due to be completed in 2021.

Over the next few years, the developments on the right bank of the Rhine are going to continue, including plans for another major project with significant urban development implications: Deutz Harbour.

2021: cautiously optimistic
Greif & Contzen’s real estate experts are cautiously optimistic regarding the months ahead, despite the ongoing restraining effect of the pandemic, expecting that around 250,000 metres of office space will be taken up. In this positive scenario, Greif & Contzen assumes that the pandemic will be overcome over the course of the year and that the economy will recover continuously. Greif & Contzen expects the situation to vary considerably between different industries. “Many companies will continue to face a difficult business situation over the coming months. This is why we expect a slight decrease of average rents for the market as a whole, even if the prime rent for premium properties is likely to remain stable,” says Andreas Reul. “We also assume that vacancies will continue to increase slightly.” However, such trends are going to be far from a “dramatic downturn”, according to Greif & Contzen. The market participants continue to have confidence in Cologne as a business location, property developers are keeping up their medium-term goals and construction activity is increasing. 2021 started on a positive note already: A federal authority took up around 12,000 square metres in the construction project “Ovum” in Cologne-Braunsfeld.