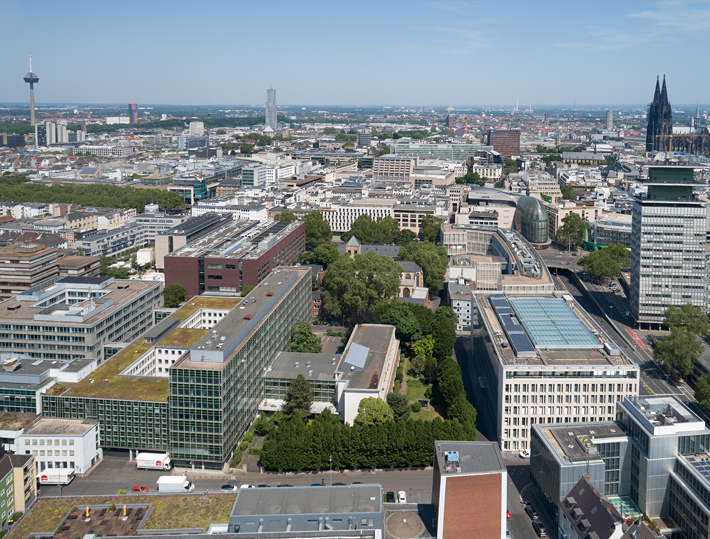 In their brief overview of Cologne’s office space market in 2021, the property experts from Greif & Contzen report that the impact of COVID-19 was less dramatic than had been feared, and that with 305,000 square metres of office space taken up by the end of 2021, take-up was in fact higher than in the pre-COVID year of 2019.

The trend to work from home, lockdown measures, economic difficulties – office space markets in Germany and abroad had to face a range of challenges in this second year characterised by the pandemic. In their preliminary assessment of 2021, presented at the start of the year, Greif & Contzen’s researchers illustrate that compared to other German cities, Cologne has proven to be astonishingly robust in these difficult times: developments in the cathedral city placed it among the best of the country’s top 7 cities.

Better than some other major markets
While take-up of space is back to pre-COVID levels in Cologne and was even slightly above the average of the past ten years, Düsseldorf for example, is expected to fall markedly short of the long-term average. Frankfurt and Stuttgart did not develop as favourably as Cologne in a number of areas, either. Demand for office space has been noticeably reduced in Frankfurt since the start of the pandemic, and vacancies had increased to over 8.0 percent by the third quarter of 2021, and are likely to have increased further since. The vacancy rate rose only slightly in Cologne over the course of the pandemic to date, and it currently stands at around 3.2 percent.

Office users requiring large units
The situation in Cologne was backed up in particular by strong demand from a number of users requiring large units. At around 305,000 square metres, take-up of space was about 75,000 square metres higher than in the previous year, and even above the pre-COVID result achieved in 2019 (290,000 square metres). ‘Cologne’s market benefits from a large share of public facilities and resilient private sector enterprises, such as educational institutions and law firms,’ explains Andreas Reul, Head of Office Properties at Greif & Contzen Immobilienmakler GmbH. ‘The structure of users in some of the other top 7 markets is meanwhile characterised by industries that are still affected by restructuring processes and complications. Examples of this are the automotive industry in Stuttgart or the area of banking in Frankfurt.’

Rising rents
Rents in Cologne increased considerably in some segments. The prime rent rose from around EUR 26.00 per square metre to about EUR 28.00, and the unweighted average rent increased from EUR 14.00 per square metre to around EUR 15.40. The development of prices applies not only to high-quality existing buildings and construction projects in the city centre, but also to a number of submarkets beyond the centre.

Working from home: smaller impact than widely expected
Expectations for the months ahead are optimistic at Greif & Contzen, despite the fact that economic development has slightly slowed down once again and that a fifth wave of the pandemic is approaching. ‘We expect that demand for office space will continue to increase further and that there will be large-scale rental transactions with public users,’ says Reul. Greif & Contzen’s experts expect working from home to remain a fixed component of the working world, but to have a smaller impact on the office space market than many people expected. The trend is rather to allow for more generous work areas for employees, and for spaces to be designed to promote networking and exchange among staff members. Greif & Contzen’s real estate specialists assume that demand will gain even more momentum, provided that the economic upturn forecast by economists will actually occur, and that the pandemic will abate. ‘We expect in this context that some private sector companies will start searching for large units, after having postponed such activities to date,’ Andreas Reul points out.

Sustainability: the next big issue
There is another set of issues that is due to gain importance in the property market: sustainability and its measurement and promotion in construction and use. Andreas Reul: ‘This will become ever more relevant to property developers when it comes to planning new buildings. There are new regulations that provide that evidence of efforts to promote sustainability must be presented. Investors will increasingly prefer buildings that use fewer resources, for example.’ 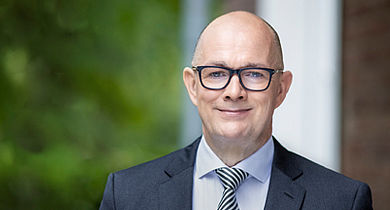